Many people assume that verbal abuse is just about swearing.  And some go one step further by thinking that swearing is only abusive if it’s attached to name-calling. If they didn’t call you an #@$%ing [insert], then they haven’t been abusive.

And on the flip side, the person at the receiving end feels upset but minimises what’s happened.  “Swearing is normal adult behaviour, right?”  “Swearing isn’t abusive.”  I can hear you say; “I swear.”

And you’re right, swearing, in and of itself isn’t abusive. It’s the context in which it is used and the other associated actions that go with it.  Verbal abuse is a complex and often subtle mix of behaviours.

So much so, that you might be verbally abused regularly and not realise.

For example, if your partner does not usually swear, but the four-letter words come when you are holding them to account, that’s a warning sign.

Lets put this one to bed.  This red herring is an attempt by your partner to blame you and hold you responsible for their behaviour.

As I have written about before anger is often a tool of control, leaving you feeling intimidated, anxious and stressed.

“But you swore too.”

This excuse is a form of denial.

Maybe you did.  You must take responsibility for your actions.  That said, more likely than not I imagine, this is a manipulative move to reinforce the abuse, deflect and avoid accountability.

And this lack of responsibility may feel familiar.

When you grow up seeing certain behaviours, they become integrated into your psyche as ‘normal’.  But what’s normal isn’t necessarily healthy.

Perhaps you witnessed your parents name-calling, yelling or telling sarcastic jokes at each other’s expense.  Maybe this was trivialised and left you with the impression that’s how relationships work and how adults communicate.  And let’s not forget the images you may have been exposed to via the media, film and TV.

Or maybe you were a victim of your parent’s verbal abuse; they called you names, or you were the butt of family jokes.

So, although as an adult, you question when you experience this behaviour, the child part of you remembers this behaviour as usual. What you will notice as a result is the confusion and anxiety of feeling upset and legitimately angry while at the same time minimising your partner’s behaviour.

The Impact of Verbal Abuse

But, just like any other form of abuse or bullying, verbal abuse has a lasting impact.

Several studies have shown that children who are verbally abused either at home or by their peers at school are at a higher risk for depression and anxiety as adults.

It can cause you to have a negative view of yourself, which in turn impacts on your self-esteem and self-confidence.  For reasons you can’t logically explain those things are at an all-time low.  In this way, verbal abuse affects whether or not you see yourself as being successful in any area of your life.

And that feeling of not being good enough, doubt and despair lead to anxiety and depression.

So if it’s not just swearing, what is verbal abuse?  Here are 15 ways verbal abuse might show up in an unhealthy relationship.

This form of anger includes swearing, raised voices, e.g. shouting, screaming and yelling.  In this context, abusive anger is a tool to control ensuring that you do what your partner wants you to do.

Although there are no words used, stonewalling is a form of verbal abuse.  Do not mistake stonewalling for creating boundaries and claiming essential quiet time.  Stonewalling is the ‘silent treatment’ and is used as a way to punish a partner.  It is a passive-aggressive act and is a form of control.

All name calling is abusive.  Name-calling can leave you feeling humiliated and when repetitive cause you to question your sense of value, sense of self-esteem and self-worth.

4.  Making jokes at your expense

This behaviour includes sarcasm and laughing.  You’ll know when something doesn’t feel funny, or the circumstances don’t warrant a humorous response.  If you say, “I don’t think that’s funny.” and your partner responds with “I’m just trying to keep a smile on my face.” or “You just don’t have a sense of humour.” that’s a red flag.

Everyone forgets from time to time, but consistently forgetting conversations and interactions which have an impact on you involves both denial (lies) and manipulation.

This is a way of letting you know that what you have done or expressed is insignificant and of little value.

This is a way of blocking your opinions, denying your reality and shutting down the conversation.

Threats are manipulative acts because they scare you and stop you in your tracks.  Usually, they involve loss and pain.  Your partner might, for example, threaten to leave you just before a momentous family occasion such as a special birthday party or a significant event in your child’s life.

Discounting is an attempt to deny your experience and reality.  Common discounting statements include, “You’re twisting things.”, “You’re too sensitive.” and, “You think you know it all, not everyone thinks like you.”  In effect, you’re being told that what you say has no value.

The primary aim of these forms of verbal abuse is to prevent discussion, end communication and withhold information.  You may get frustrated when you are pulled continuously off-topic.  Common statements you might hear include “You always have to have the last word.” and, “You think you know it all.”

Critical statements made directly to you or others, either in your presence or behind your back (shaming and smearing) fall in this category. Criticism disguised as help or advice is also abusive.

This behaviour not only denies you emotional support, but overtime may erode your self-confidence and self-esteem.  Paradoxically your partner may tell you that you are undermining them when in fact they are projecting what they are doing.

Ordering is controlling and denies your autonomy, e.g. “You’re not wearing that out with me.”

Why Recognising Verbal Abuse Is Important

Recognising the signs of verbal abuse is essential.  You may begin to get an answer to your, stress, anxiety or depression which you may have put down to work, parenting, money or other everyday stressors.  Knowledge and understanding are the first steps in making a change.

Verbal abuse depletes your soul and your spirit.  It’s not something you need to tolerate.

If you want a safe space to understand, talk, figure out your feelings and understand if you are experiencing verbal abuse in your relationship get in touch and book your first counselling appointment.

Leave a comment below; I’d love to hear from you.

Soul Centred couples counsellor Sandra Harewood specialises in working with couples and women with childhood wounding that impacts their adult relationships. Sandra provides a soulful space for her clients to explore and discover creative solutions to their difficulties and create a great relationship. 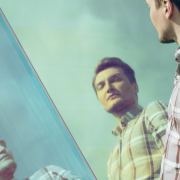 Is My Partner A Narcissist – The Dance Between Narcissus and Echo 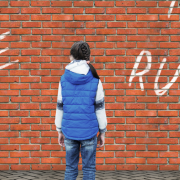 The B* Word – Boundaries. Why It’s Hard To Stop Saying Yes When You Feel No 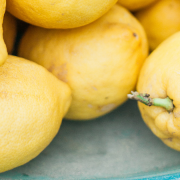 The Surprising Ways You Hide Your Anger 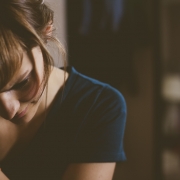 How To Make Sense of Your Anxiety Symptoms: Trust Your Body 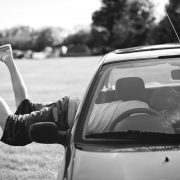 A Little Known Fact That Could Affect Your Relationship 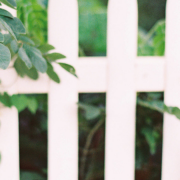 Boundaries In Relationships: How To Know When You Need To Take Control 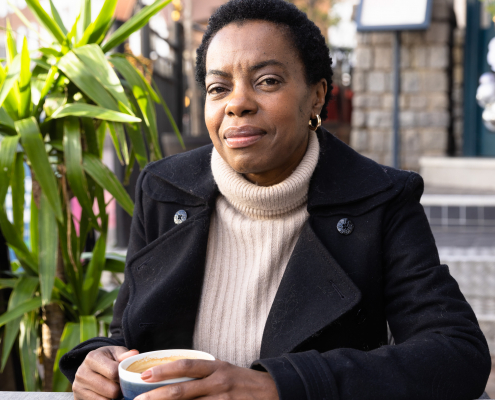 Welcome to my blog on all stages of relationships, (including divorce) and emotional wellbeing, from a soulful perspective.

Why Attachment Styles Matter To Your Relationship
Scroll to top

This site uses cookies. By continuing to browse the site, you are agreeing to our use of cookies.

We may request cookies to be set on your device. We use cookies to let us know when you visit our websites, how you interact with us, to enrich your user experience, and to customize your relationship with our website.

Click on the different category headings to find out more. You can also change some of your preferences. Note that blocking some types of cookies may impact your experience on our websites and the services we are able to offer.

See www.aboutcookies.orgto learn more about cookies including how to remove them.

These cookies are strictly necessary to provide you with services available through our website and to use some of its features.

Because these cookies are strictly necessary to deliver the website, you cannot refuse them without impacting how our site functions. Without these cookies services, you have asked for, like shopping baskets or e-billing, cannot be provided. You can block or delete them by changing your browser settings and force blocking all cookies on this website.

These cookies collect information that is used either in aggregate form to help us understand how our website is being used or how effective our marketing campaigns are, or to help us customize our website and application for you in order to enhance your experience.

If you do not want that we track your visist to our site you can disable tracking in your browser here:

We also use different external services like Google Webfonts, Google Maps and external Video providers. Since these providers may collect personal data like your IP address we allow you to block them here. Please be aware that this might heavily reduce the functionality and appearance of our site. Changes will take effect once you reload the page.